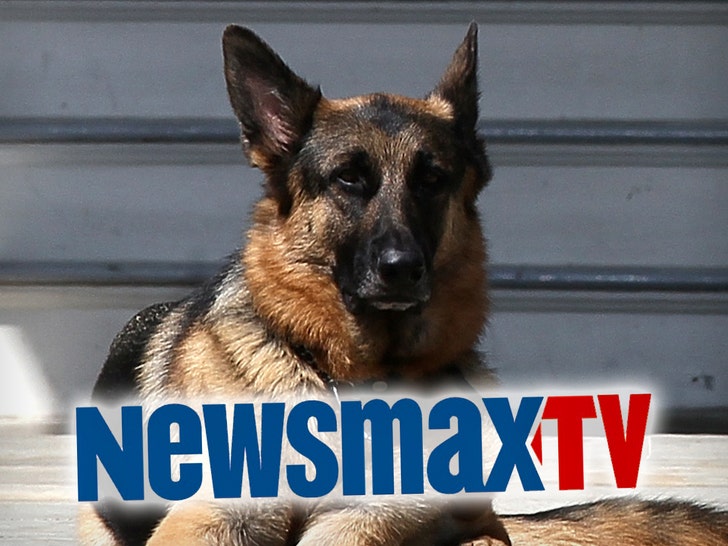 The segment aired Friday on Newsmax, during Greg Kelly's show ... where he literally hosted a couple of guests to discuss Biden's first German Shepherd, Champ -- who's at least 12-years-old -- and how disheveled they all thought he looked compared to First Dogs past.

They posted a photo of Champ, where he looks ... well, doggish. In GK's eyes, however, he appeared un-brushed, ungroomed and downright gross ... like a junkyard dog, they claim!

Kelly brought on two presidential historians (who are apparently pros in judging dog looks) and asked for their opinion, and one of them hopped on the meanie train ... saying Champ couldn't hold a candle to Reagan's pooch, Victory, or H.W.'s spaniel, Millie.

Aside from the fact the segment is utterly absurd -- almost harkening back to the Obama tan suit "scandal" -- there's another weird development here that's unfolding online.

You'll recall ... the Bidens launched a Twitter account for Champ and Major -- and apparently a second account too, dubbed The Oval Pawffice -- but both seem to have been suspended for some reason. There's still an IG account for the latter, and it went to bat for Champ.