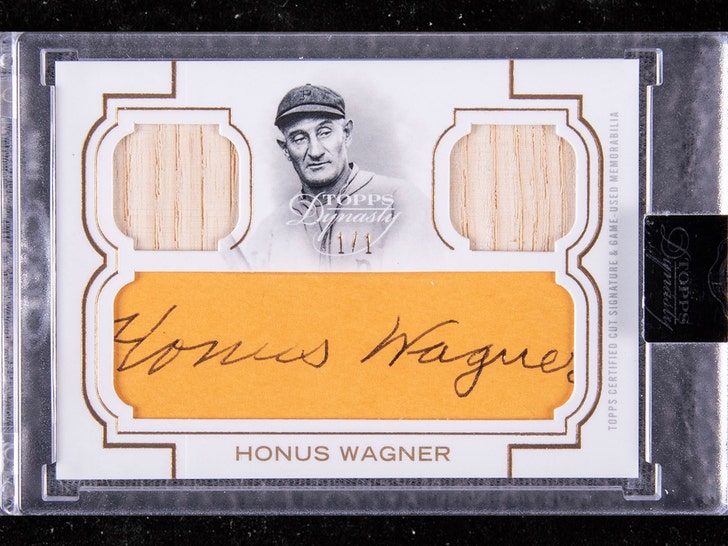 The Kardboard King is at it again -- Rob Kardashian is putting his rare Honus Wagner autograph card up for auction ... and we're told it could fetch around $50k!!!

Rob pulled the card out of a 2020 Topps Dynasty pack he purchased for $750 from the folks at the Bullpen card shop in L.A. back in November.

The guys who opened the pack for Rob went absolutely bonkers when they realized what they had ... a 1-of-1 authentic "cut signature" card from MLB legend Honus Wagner, who died in 1955.

What that means is ... the people at Topps procured an authentic Wagner signature and used it as the base for an incredible baseball card.

Since Rob is wealthy is in his own right and loves to collect cards, it was unclear if he was going to keep it ... or sell it.

But ultimately, he hit up the folks at Goldin Auctions and we're told they're expecting it to sell for at least $50k when the bidding ends on March 7.

As we previously reported, Rob K is a monster in the sports card world -- he pulled an ultra-rare Tom Brady special edition card last year that some think could be worth around $200k.

Stars and Scars -- You Be the Judge

Sen. Ted Cruz's Family Hits Beach in Cancun Without Him