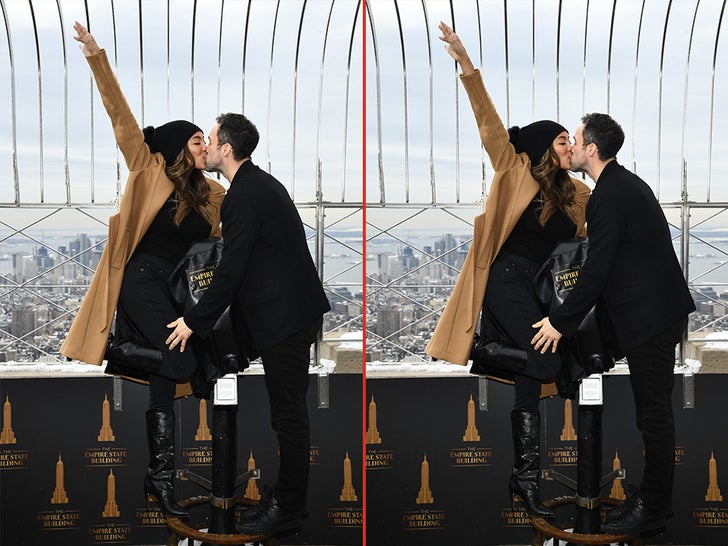 Don't let these two almost identical images of Tayshia Adams and Zac Clark distract you from the task at hand! Try your best to focus in on these two photos and see if you can spot the sneaky switches that have been made to the tricky pic!

These 'Bachelor' alums were seen celebrating their love in New York City just last week ... and we have made a few changes to the snap of the lovebirds! Now it's up to you to find the differences between these two super similar shots!

**HINT -- There are THREE differences between the above photographs!**