In 1945, Nazi prisoners were marched past Rembert Boese's family home. Years later, after learning about the incident, he investigated the harrowing death march. Today, he wants the victims to be remembered properly. 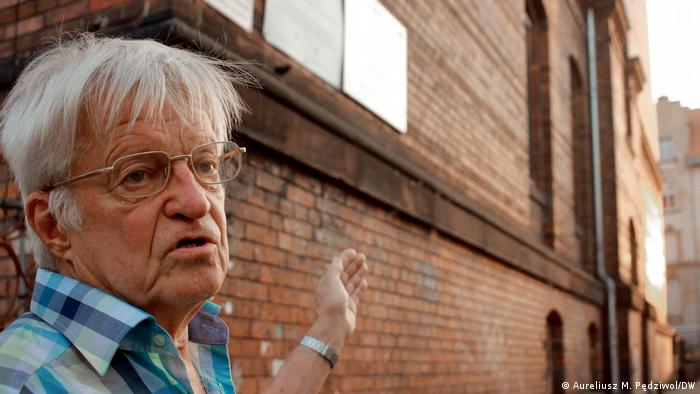 "In 1994, my aunt told me about a group of prisoners who were marched down our road in late January 1945," recalls Rembert Boese, who now lives in the southwestern German state of Baden-Württemberg. He says his aunt was shocked by the sight of the emaciated people, and wondered what would happen to them once the war was over.

Rembert Boese was born in a town called Glatz, which in 1944 was still considered a part of Germany. One year later, after the end of World War II, his family was forced to leave their home in Lower Silesia, which had become part of Poland.

The Boeses moved from Glatz — now known as Klodzko — to West Germany. "We spent the first five years living in Lower Bavaria and then we moved to Darmstadt [in Hesse]," Boese remembers. Back in Glatz, the Boeses had lived on the ground floor of a residential building on what was then called Luise Street. 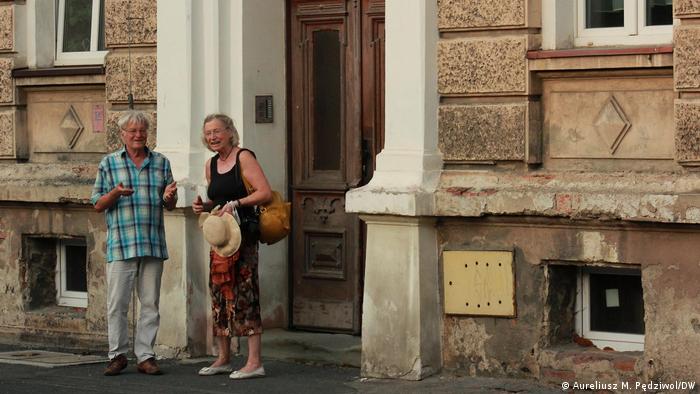 Across from the home was a vast red brick edifice: the former Moltke Barracks, which housed a finance and customs office during the war. Scores of prisoners were held there on January 29 and 30, 1945, before they were forced to march to the town of Frankenstein — present-day Zabkowice Slaskie — on January 31.

In 2007, Boese and his wife Ingrid Boese-Opiela spent two weeks traveling through Israel. While in Jerusalem, they visited Yad Vashem, Israel's official memorial to the victims of the Holocaust. "As a German, I felt it was my duty to visit this site," Boese-Opiela tells DW.

Several years earlier, in 1984, the couple had traveled to the Polish town of Oswiecim to visit the Auschwitz-Birkenau Memorial and Museum. Seeing remnants of the Auschwitz I concentration camp and Auschwitz II-Birkenau extermination camp had a profound impact on them.

"I read a lot about the camp before going there but I was still shocked by what I saw," says Boese-Opiela. "Piles of glasses and hair … the sheer number of people, who died there … and the horrors of Birkenau."

"Yad Vashem has one room dedicated to the so-called death marches," says Boese. During the final stages of World War II, the Nazis forced scores of concentration camp prisoners to march westward as Soviet troops advanced from the east. The Nazis wanted to erase all evidence of their atrocities, and didn't think twice about murdering prisoners too weak to march. Dead bodies were simply left by the roadside. Auschwitz prisoners were sent marching in January 1945 — with one group heading toward Gleiwitz, or president-day Gliwice. 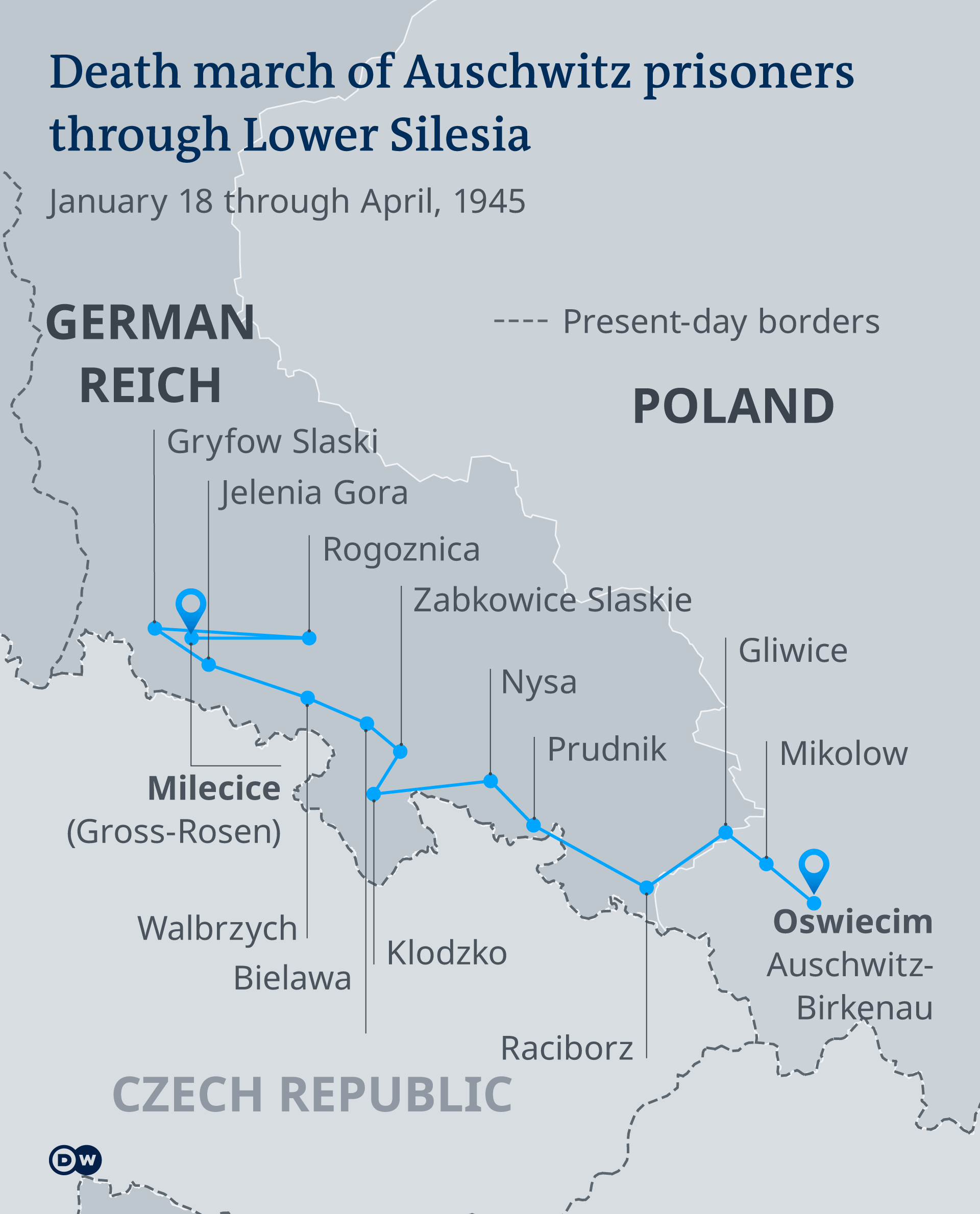 "There is a map at Yad Vashem depicting a route leading from Auschwitz along the present-day border between Poland and the Czech Republic," says Boese. "I was shocked when I saw it, realizing that the prisoners my aunt had seen outside our house in January 1945 had been no ordinary inmates; they were part of an Auschwitz death march."

Little interest in the past

In 2014, Boese visited his former hometown of Klodzko with a delegation from the Hesse town of Bensheim — the two are sister cities. "While there, I noticed that neither the Poles hosting us, our Polish guides, nor my German colleagues were interested in the history of Klodzko prior to 1945," says Boese. "That's when I decided I would give them a lecture on the death march at the next opportunity that presented itself."

Boese subsequently contacted Arno Herzig, an emeritus professor specializing in Silesian history. Herzig, who used to lecture at Hamburg University, had not heard about that particular death march. Nevertheless, Boese says, "he encouraged me to look into it."

So Boese began investigating. He combed the Arolsen Archives, a research center in Hesse set up by the Allies more than 70 years ago that contains extensive information about Nazi victims and survivors. Here, Boese found testimonies from former prisoners who had survived the death march from Auschwitz to Geppersdorf, which today is called Milecice. 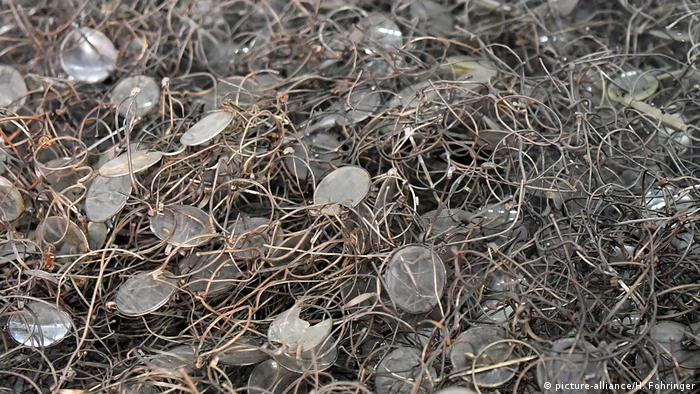 "The route led from Birkenau via Gleiwitz [Gliwice], Ratibor [Raciborz], Neustadt [Prudnik], Neisse [Nysa] to Glatz [Klodzko]," says Boese. From here, he recalls, the inmates were marched onward to "Frankenstein [Zabkowice Slaskie], Langenbielau [Bielawa], Waldenburg [Walbrzych], Hirschberg im Riesengebirge [Jelenia Gora] and then Geppersdorf [Milecice] near Greiffenberg [Gryfow Slaski]." That was the location of Geppersdorf camp, a sub-camp to the Gross-Rosen concentration camp. Today, Gross-Rosen is part of Poland and known as Rogoznica.

One survivor of the death march told the Allies how, "on January 18, 1945, some 3,000 prisoners left Auschwitz-Birkenau heading toward Gleiwitz; most of us were Jews, mostly from Hungary but also from France, Poland and Germany."

The survivor said some 300 to 400 prisoners who were unable to keep up were told to head down a side road at Mikolow [Nikolai]. "We never saw any of them again, even though they should have linked up with us after Gleiwitz." The survivor recalled rumors about them being shot, yet never received confirmation.

About 26 hours after leaving Birkenau, the group had covered a distance of 50 kilometers (31 miles) to reach Gleiwitz. The survivor said a second group of prisoners arrived at the camp in the evening. With the camp at maximum capacity, late arrivals had to stay outside. Most froze to death.

The survivor recalled how on January 21, 4,500 prisoners were forced onto a train, with 100 to 300 persons each crammed into single open-air cars. With temperatures dropping as low as minus 20 degrees Celsius (minus 4 degrees Fahrenheit), they then spent 30 hours waiting for the train to depart.

Eventually it set off, but after just 15 kilometers the train suddenly halted, with Nazi figures ordering everyone to disembark. "Prisoners who could not get off quickly because the cold had made their arms and legs stiff were shot dead."

A mere 1,500 prisoners survived to reach Ratibor. By the time they had made it to Glatz, only 1,400 were still alive. Some 1,100 reached Langenbielau, 750 made it to Waldenburg and a mere 400 persevered to make it to Hirschberg. Of those, only 280 made it to Geppersdorf alive.

Boese thinks that some prisoners who were marched to Geppersdorf were handed over to other Nazi commanders along the route, including in Glatz.

He found testimonies indicating that 15 camp inmates had died in his hometown. "One witness described in great detail how workers removed corpses on the day after the trek departed," he says. According to other sources, prisoners were held at the Glatz barracks until May 8. The next day, the town surrendered to Soviet troops.

A farmer with a horse-drawn cart followed the group, loading up prisoners who died from exhaustion or had been shot and killed by the Germans. "They were then buried in mass graves," says Boese. One such grave is at Klodzko's Jewish cemetery, "but nobody knows who exactly is buried there; I am sure the dead from the former barracks lie there."

Boese discovered a similar mass grave on the Czech side of the border in Bíla Voda, near Javornik. Here, however, a black tombstone reads: "Mass grave of 13 unknown victims of National Socialism, political prisoners from Birkenau concentration camp who died on the arduous death march through the area of Jauernig/Javornik in January 1945."

Boese has since spread the word about Klodzko's dark past, but he isn't finished. "I am dreaming about having a plaque installed in Klodzko to commemorate the deceased," he says. He wants it put up on the barracks that later housed the finance and customs office, and hopes to see a second additional plaque installed near the mass grave at the Jewish cemetery.

This article has been translated from German.