Former Nazi guard arrives in Germany after US deportation

The 95-year-old man reportedly confessed to serving as a concentration camp guard in 1945. He was handed over to German investigators upon landing at Frankfurt Airport. 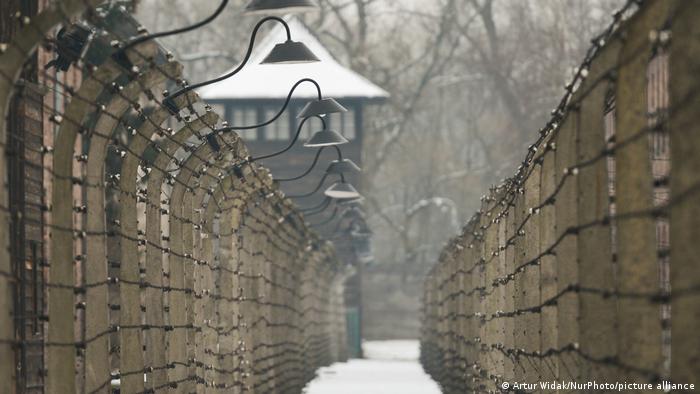 Friedrich Karl B. reportedly moved to the US state of Tennessee in 1959 and lived there until his deportation

US authorities deported a 95-year-old German man who served as a Nazi concentration camp guard at the end of World War II, officials said on Saturday.

Friedrich Karl B. arrived on a medical transport plane at Frankfurt Airport on Saturday.

Federal police have referred him to law enforcement officials in the central state of Hesse, according to DPA, the German press agency.

Prosecutors in the town of Celle, in the state of Lower Saxony, said he would be questioned for accessory to murder. But a police spokesman said he had not been taken into custody.

It is unclear whether there will be a trial as German prosecutors dropped the case in 2020, citing a lack of evidence.

What did Friedrich Karl B do?

US officials said Friedrich confessed to having guarded prisoners at the Neuengamme concentration camp in northern Germany.

Friedrich argued he had only followed orders, according to Der Spiegel magazine.

Jews, Poles, Russians, Danes, Dutch, French and political prisoners had been among the people incarcerated in the network of camps.

According to the court, prisoners at the facility had endured "horrible conditions" in the winter of 1945, leading to the death of 70 prisoners "under inhumane conditions."

A judge had ordered Friedrich's deportation in February 2020, and a US appeals court confirmed the expulsion in November.

Friedrich had been an "active participant in one of the darkest chapters in human history," a US immigration official said, adding that the United States did not offer protection to "war criminals."

Will Germany step up probe?

In September, Celle's public prosecutors took over the investigation, but suspended it in December, citing a "lack of sufficient suspicion."

Germany's prosecutors said at the time that admitting to guarding prisoners was not directly killing prisoners. Hence the evidence had "not linked the man to a concrete act of killing."

Earlier this month, a 100-year-old German man was charged with being an accessory to 3,518 murders committed while he was allegedly a guard at the Sachsenhausen concentration camp.

Editor's note: Deutsche Welle follows the German press code, which stresses the importance of protecting the privacy of suspected criminals or victims and obliges us to refrain from revealing full names in such cases.