Nobody knows exactly who controls them, but this week's rocket attack makes reining in Iraq's new anti-US militant groups even more urgent. 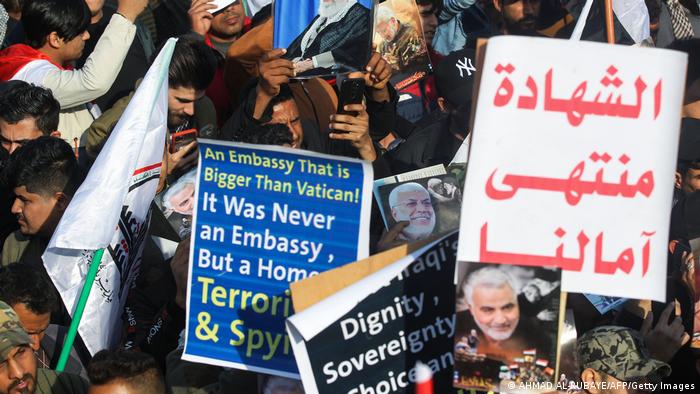 In January, protesters in Baghdad marked one year since the killing of the two military commanders in a US drone strike

Earlier this week, the NATO military alliance agreed to increase numbers of troops in Iraq from 500 to 4,000. The NATO mission in Iraq is a training and advisory one, aimed at security sector reform, and, during the press conference that followed the announcement, NATO Secretary-General Jens Stoltenberg talked about the alliance's expansion in terms of mopping up remnants of the extremist group known as the "Islamic State" (IS).

"Our mission is at the request of the Iraqi government," Stoltenberg told journalists via a livestream from Brussels.

The announcement comes after Monday's rocket attack on a US base in the northern city of Irbil, in Iraqi Kurdistan. Responsibility for the attack, in which 14 rockets were launched from the back of a pickup truck parked at a fruit and vegetable market, was claimed by an Iraqi militia called Saraya Awliya al-Dam, or Guardians of Blood Brigade.

One foreign civilian contractor was killed, and at least nine others were wounded in the attack.

The little-known Saraya Awliya al-Dam group is only the latest in a growing number of new anti-US militias in Iraq. Similar groups, also often previously unknown, have recently claimed responsibility for attacks on logistics convoys carrying equipment for US forces, as well as other targets. The groups often call themselves the "resistance," referring to their anti-US focus.

Experts have argued that these new groups are rogue offshoots of Iraq's established paramilitaries, known as the Popular Mobilization Forces, or PMF. Many PMF fighters pledge loyalty to Iranian religious and military leadership because the neighboring country has provided them with financial, logistical and even spiritual support, as well as arms. 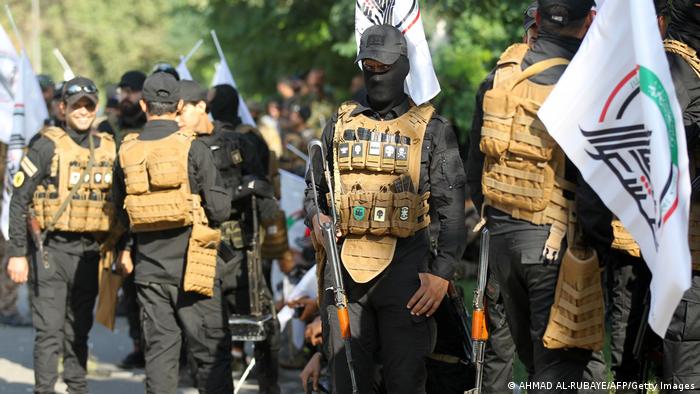 The number of new militias threatening action against the US has increased since the US-led assassination of Iranian military leader Qassem Soleimani in January 2020, alongside a senior Iraqi leader of the PMF, Abu Mahdi al-Muhandis.

Some observers believe the chain of command leads directly to Iran, while others say further factors, such as tensions between different Iran-affiliated militias themselves, may also have an impact. At the same time, the Iranian government and senior PMF members have disavowed the militias. Because the chain of command is murky, it has been difficult to know how to stop them.

Could the recently announced NATO expansion help rein these rogue groups in?

Washington is walking a "fine line" with the NATO expansion in Iraq, suggested Caroline Rose, a senior analyst at the Newlines Institute for Strategy and Policy, a Washington think tank. The expansion "is not just an anti-IS thing. It will also have a lot to do with the Iran-backed militias," she said. 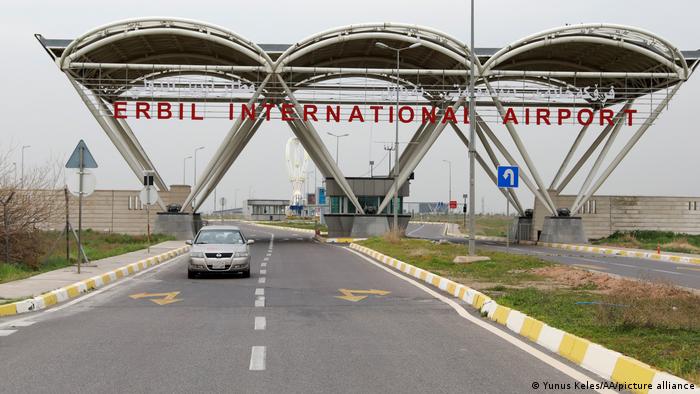 Because the NATO mission is about Iraq's long-term stability, it has a lot more flexibility than the global coalition to defeat the IS group, she told DW. The latter, dominated by the US, has been reduced over the past few months.

The NATO mission "takes a more holistic approach to the entirety of the Iraqi armed forces," she said, "to ensure Iraq has stable, strong institutions that can defend against all outside actors, not just the IS group." That, she argued, includes rogue militias.

Iraq-based researcher Sajad Jiyad believes the NATO expansion could reduce some of the hostility toward foreign troops in Iraq. "So far none of these groups or their affiliates, who are anti-US, have actually made any criticism of NATO," said Jiyad, a fellow at The Century Foundation think tank.

"From a security point of view, the NATO mission won't be as effective as the global coalition because it is not well equipped to support counterterrorism efforts. But from a political perspective, it may reduce some of the hostility, which should — although this isn't certain — translate to fewer attacks." 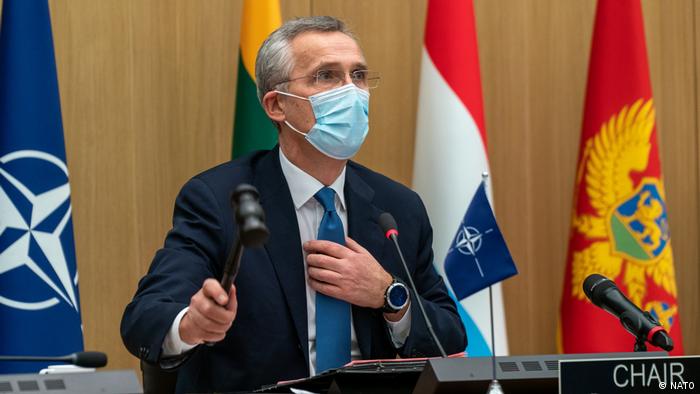 'Our mission is at the request of the Iraqi government': NATO Secretary-General Jens Stoltenberg this week

"There's no magic wand to stop them," a Baghdad-based source inside the Iraqi government told DW, referring to the issue of who is actually in charge of the rogue militia groups.

"I'm not sure about this most recent attack in Irbil," noted the source, who was not able to speak on the record for security reasons. "But I know for a fact with some of the past attacks that, while Iran may have had some understanding they were going to happen, they were not exactly happy about it."

No easy way to switch fighters off

"Even if Iran wanted to reach out, it's not like there's a light switch where they can just flick these people on and off," the government insider said. "And there's more than one finger on that light switch too," he continued, explaining that there are not just differences of opinion between new and established militias inside Iraq, but also divisions inside Iran.

Iranian security policy is decided by different elements and institutions there, confirmed Century Foundation analyst Jiyad, and sometimes they don't agree with one another, or don't synchronize.

Having said that, Jiyad also believes if Iran was invited back to the negotiating table and there was meaningful progress toward a new version of the so-called Iran nuclear deal, the Joint Comprehensive Plan of Action or JCPOA, then that could make a difference

"Of course there's a link between that and what happens in Iraq," said Jiyad. "We know this from experience, especially in 2015 and 2016. During those two years, Iranian advisers were in Iraq, American advisers were in Iraq and the two country's foreign ministers were speaking to one another. And even though these groups [the militias] came very close to American forces, nobody attacked them. So I think it is possible to stop this kind of behavior."

On February 18, the US agreed to return to talks with Iran hosted by Germany, France and the UK, confirmed in a tweet by European Union political director Enrique Mora. Even though the US has made some concessions recently, dropping travel restrictions on Iranian diplomats and denying a previous Trump administration threat to restore all UN sanctions, the Iranians have yet to agree to the talks.

But Iran is just one of those with influence in this situation, said Jiyad. Senior members of the larger PMF paramilitaries also need to pressure the splinter groups, he said, and the Iraqi government needs to take a harder line against them too.

"We could try to confront them head on," said the Iraqi government insider. "But that could open up other fronts.

"The alternative is slow, incremental pressure, which is what we are trying to do now, with things like constricting their sources of revenue and strengthening Iraq's own security forces. It also depends on a lot of variables," he added. "Will these factions start pushing the envelope so far that their political allies want to isolate them? Will Iran start to view them as counterproductive?"