by Joseph Green | about 5 hours ago

Original article
Keep all of your internet-connected devices secure with this selection of routers that work with VPNs, including models from popular brands like Linksys and Asus.
Best for tight budgets
TP-Link Archer C7 AC1750
A decent VPN router doesn't have to cost a fortune if you don't mind cutting back on some features. 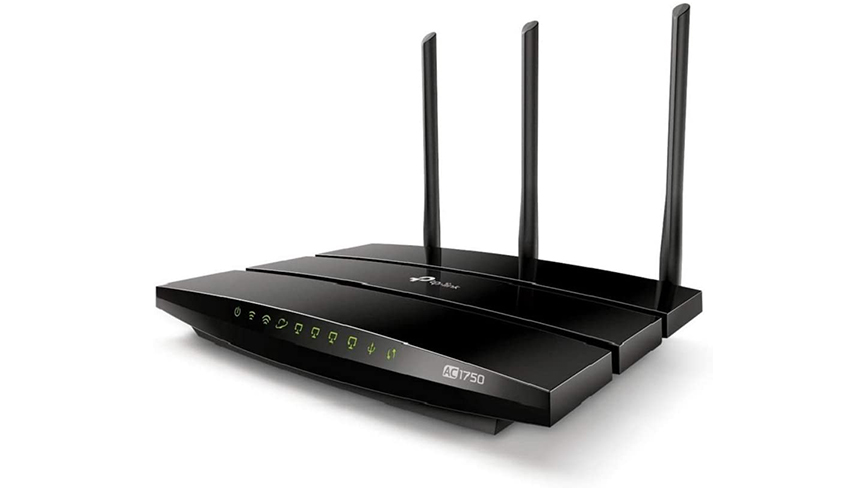 £72.97 from Amazon
Best for features
Linksys WRT 3200 ACM
Open source firmware with plenty of features makes this the ideal router for all VPN users. 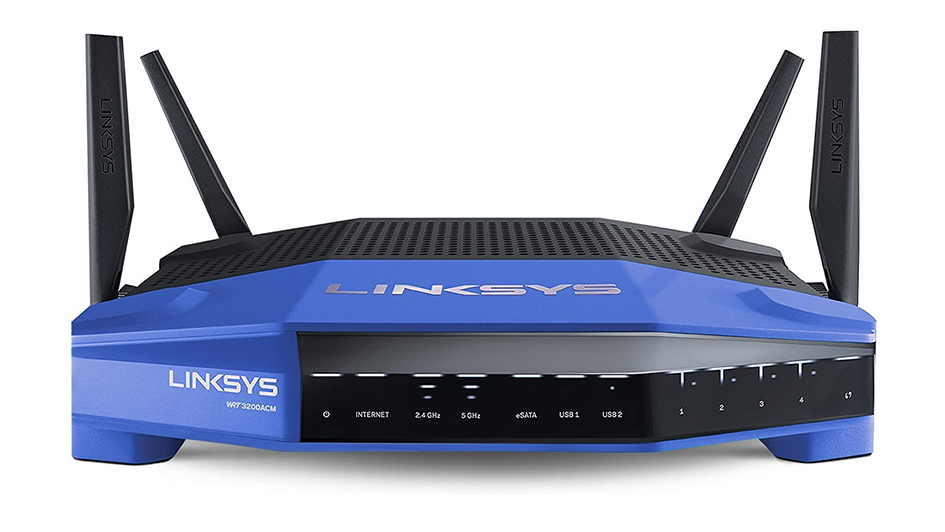 £199.99 from Amazon
BEST FOR A LARGE HOUSEHOLD
ASUS RT-AC5300
The Asus RT-AC5300 is an unusual looking device that's impressively powerful. 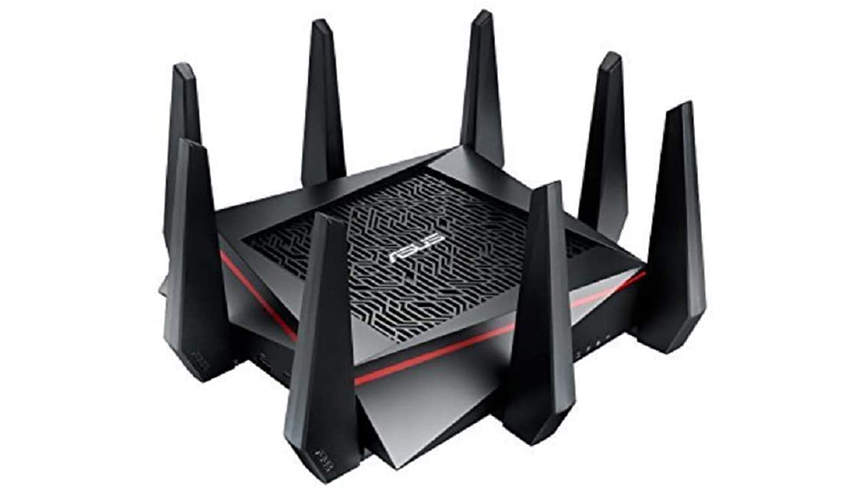 £488 from Amazon
All products featured here are independently selected by our editors and writers.If you buy something through links on our site, Mashable may earn an affiliate commission.By Team Commerce4 hours ago

Once thought of as solely the choice for those conducting nefarious activities, it now just makes sense for everyone to have an extra layer of security with a VPN when browsing online, especially when doing things like checking online banking accounts.

Without a VPN, your data is effectively open to anyone because it's not encrypted. While most people don't have to worry too much about being spied on, it's still a risk that's not worth taking. Circumventing it by installing a VPN really doesn't take much effort. It's simple enough to find a good quality VPN — such as ExpressVPN or Private Internet Access — before setting it up with your devices.

Setup is where things can get tedious. One method is to install a client onto every single device in your home. The odds are though, you have multiple devices that connect to your WiFi network — from your laptop and smartphone to your TV or even kitchen appliances. Installing a VPN on every device takes time and it's far from a convenient solution.

Instead, you can download a single VPN client directly to your router. That way, every device connected to your router will use the VPN without any need for you to interfere further. It's the safest option, especially if you have kids or tech novices in your home, and you want to keep things secure with minimal hassle.

What is a VPN?

The world of VPNs can quickly become quite complicated, but we’ll give you a quick rundown. A virtual private network (VPN) encrypts your activity to shield your data and let you use the internet anonymously. It gives you an extra layer of privacy and security against hackers and data collectors.

A VPN on your device will make your IP address untraceable and keep your data secure, which is especially handy if you’re using an unsecured public WiFi network. Even in your own home, a VPN is useful for secure browsing, bypassing some regional restrictions, and more.

What is a VPN router?

Routers don’t automatically come installed with a VPN, but you’re able to download a VPN service onto them. Some support the OpenVPN standard which means you can configure a VPN with any provider that supports this, while others can have their firmware changed to a third-party alternative that supports VPNs.

Setting up a VPN on your router can be tricky. That said, if you know what you’re doing and you have lots of devices you want to be covered by a centralised VPN, you’ll probably find that the worth outweighs the trouble.

Should you use a VPN with your router?

Configuring your router with a VPN means that any device connected to your router is protected under that VPN. So, you don’t have to get multiple VPNs, and smart home devices that can’t otherwise be configured to use a VPN are able to be protected.

Most VPN subscriptions limit the number of devices you can connect to, and you have to pay extra if you want to add on any additional devices. Configuring your router to a VPN acts as a sort of loophole that gets around those limitations. Because the router pairs with any device connected to your wireless network, they’re all protected by that one VPN.

One instance where a VPN router is actually very useful is if you happen to own a small business like a cafe where random people will be connecting to your WiFi throughout the day. The VPN router will help protect customers’ data and it falls to the individual if they want protection on their devices once they leave.

Drawbacks of using a VPN on your router

Hooking your router up with a VPN isn’t some magic, all-powerful solution. There are a few drawbacks. For starters, as we mentioned earlier, it can be kind of a pain to set up. It’s not as simple as downloading an app on your computer or phone. Just looking at the ExpressVPN setup instructions might be enough to discourage the average person from attempting to configure their router with a VPN. But if you're techy and good at following instructions, you'll probably be able to figure it out. We believe in you.

Aside from installation difficulties or high price tags, protecting your devices via a VPN on your router means that they won’t be protected when you leave your home and are no longer connected to your network. This isn’t a problem for devices like gaming consoles and desktop computers. But your mobile phone or laptop will be vulnerable unless you have a VPN installed directly onto them.

Additionally, not every service you use functions properly under a VPN. Streaming services like Netflix and Hulu work to block VPN usage to prevent users from accessing content only available in other countries. Banks might also block VPNs to prevent cybercriminals from accessing accounts. If these services won’t work for you under your VPN router, you’ll either have to switch off your VPN or have a second router that’s not connected to a VPN that you use for certain devices or services. Neither is an ideal solution, but there are workarounds if you’re set on installing a VPN on your router. Using a VPN will also slow down your WiFi speed, but not by a significant amount.

The best VPNs to use with routers

VPNs aren't all the same, so you can't just pick any VPN service to install on your router. The top picks are probably NordVPN and ExpressVPN.

NordVPN has more than 5,000 servers located all around the world, operates under a verified no-log policy (meaning the service doesn't collect any information transmitted through the network), has unlimited speed and bandwidth, and is good for streaming. ExpressVPN also has loads of servers in 94 countries, features unlimited bandwidth, is straightforward compared to third-party firmware, and comes built in to flash routers from brands like Linksys, Asus, and Netgear.

It's worth taking your time when it comes to selecting a VPN, because there are a lot of different services out there offering similar sets of features. Fortunately, we can help you find the best VPN for you and your needs.

Do you need a special router for VPN?

Not every router is designed to host a VPN, though many let you install one even if they aren't pre-configured. As we mentioned, ExpressVPN is configured on some Linksys, Asus, and Netgear routers for easier setup. So, yes, you do need a special router for VPNs. Look for one with intuitive firmware and/or native VPN support.

All of the routers on this list are compatible with a VPN. We wouldn’t do you dirty by including any that aren’t.

These are the best routers to configure with a VPN in 2021. 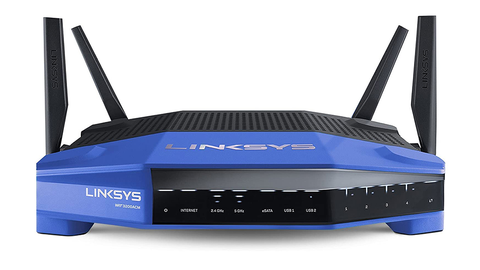 Open source firmware with plenty of features makes this the ideal router for all VPN users.
£199.99 from Amazon
Designed to cover large households, theLinksys WRT 3200 ACMis jam packed with open source firmware features.  This means it will be easy to install a VPN like ExpressVPN. It also means you can turn the router into a web server, create hotspots, detect network intrusion, and more.  The Linksys router also has a smartphone app that provides you with remote access to your router from wherever you are. 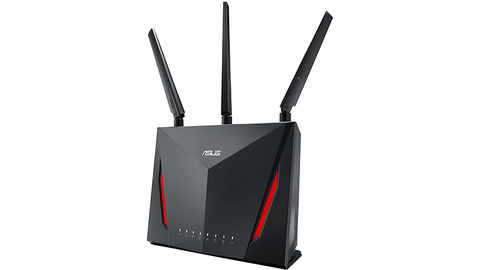 Image: amazon
The GoodGreat speed • Useful features for gamers • Extensive firmware optionsThe BadComplicated VPN client setup • A few reviewers experienced issues with the 2.4 GHz bandThe Bottom LineIf you can make it past the tricky setup, this is a superb router for gamers who want extra security.

Fast and reliable performance makes the Asus RT-AC86U an appealing option, but don't be surprised if its firmware feels overly complicated.
£156.99 from Amazon
Both a gaming router and a VPN-compatible router, theAsus RT-AC86Uis a standout option.  The router has a commercial-grade network security system built in to protect your devices, and has VPN capabilities to ramp up the protection even further.  Reviewers said setting up the built-in server is easy, while installing the VPN client is a bit more complicated and time-consuming. (Many users opt for Asus's Merlin firmware as their VPN service for this router FYI.)

BEST FOR A LARGE HOUSEHOLD 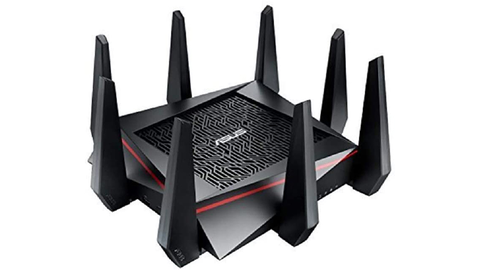 The Asus RT-AC5300 is an unusual looking device that's impressively powerful.
£488 from Amazon
Another gaming router, theAsus RT-AC5300tri-band router ramps it up a notch.  It's super fast and great for gaming, media streaming, and large file sharing, though it's probably not necessary for the average home. It is ideal if you have a lot of devices that you want connected to your WiFi, and consequently protected by a VPN. 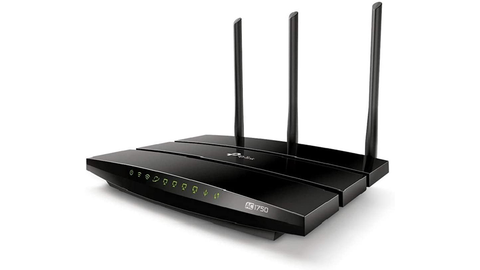 A decent VPN router doesn't have to cost a fortune if you don't mind cutting back on some features.
£72.97 from Amazon
TheTP-Link Archer C7 AC1750can't quite compare with more expensive VPN routers as it has slower network speeds and its features aren’t as varied as premium options. However, it's an affordable router that still gives you the security you want from a VPN.  This would be a nice option for smaller homes and apartments and anyone working with a budget. 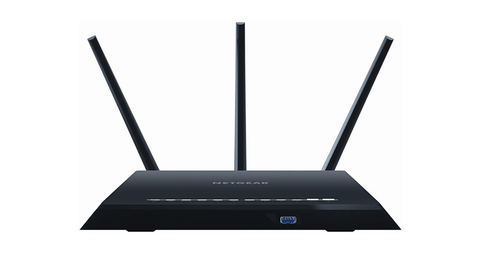 Netgear comes equipped with OpenVPN for easy VPN client installation.
£139.99 from Currys PC World
Netgear has a few routers with OpenVPN configuration built in, including theNetgear Nighthawk R7000. This router reaches speeds up to 1,900 Mbps. It has three antennas for powerful, reliable internet coverage at a mid-range price for a VPN-compatible router.  The router can also handle up to 30 devices and is ideal for HD streaming.

Become an AWS expert with this set of online classes

Google fires yet another AI ethics lead and we've gotta ask: What's going on over there?