by Manish Singh | 1 day ago 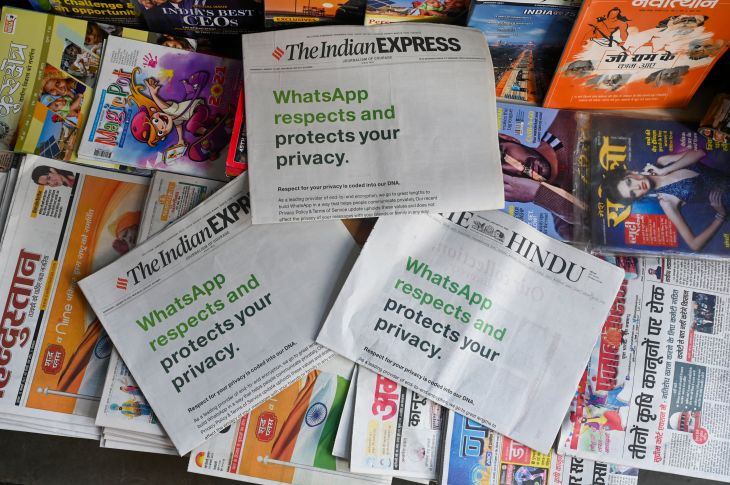 WhatsApp said earlier this week that it will allow users to review its planned privacy update at “their own pace” and will display a banner to better explain the changes in its terms. But what happens to its users who do not accept the terms by the May 15 deadline?

In an email to one of its merchant partners, reviewed by TechCrunch, Facebook-owned WhatsApp said it will “slowly ask” such users to comply with the new terms “in order to have full functionality of WhatsApp” starting May 15.

If they still don’t accept the terms, “for a short time, these users will be able to receive calls and notifications, but will not be able to read or send messages from the app,” the company added in the note. The company confirmed to TechCrunch that the note accurately characterizes its plan.

The “short time” will span a few weeks. In the note, WhatsApp linked to a newly created FAQ page that says its policy related to inactive users will apply after May 15.

WhatsApp’s policy for inactive users states that accounts are “generally deleted after 120 days of inactivity.”

The instant messaging service received backlash from some of its users — including those in India, its biggest market — last month after an in-app alert said they had until February 8 to agree to the planned privacy terms, which are being made to reflect its recent push into e-commerce, if they wished to continue using the service.

Following backlash, WhatsApp said its planned privacy update had created confusion among some of its users. “We’ve heard from so many people how much confusion there is around our recent update. There’s been a lot of misinformation causing concern and we want to help everyone understand our principles and the facts,” it wrote in a blog post last month.

Since 2016, WhatsApp’s privacy policies have granted the service permission to share with Facebook certain metadata such as user phone numbers and device information. The new terms will allow Facebook and WhatsApp to share payment and transaction data in order to help them better target ads as the social juggernaut broadens its e-commerce offerings and looks to merge its messaging platforms.

WhatsApp, used by over 2 billion users, last month delayed enforcing the new policy by three months and has been explaining its terms to users ever since — though its explanations hadn’t explicitly addressed what it planned to do with users who didn’t accept the terms.